Between Tel Aviv and Haifa in the north lies the city of Hadera.  Hadera is considered the uppermost of the central region of Israel.  The city has a population of over 100,000.  The main population of Hadera consists of immigrants from the former Soviet Union and Ethiopia.  The city has struggled with poverty. 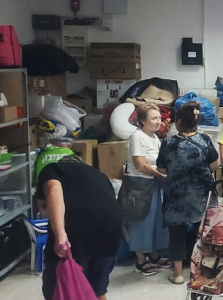 The aid center in the city has been in the Israel Relief Aid network for many years.  It was on the smaller side in size. 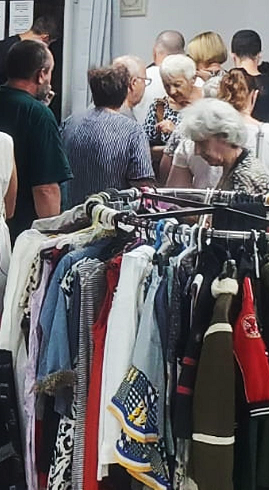 Now the aid center has relocated to a larger space and they are thrilled that it is in a place that attracts a lot more needy Israelis to come in for help.

Today the center is giving out food bags.

The picture of the people standing in line is representative of about one-fifth of the line to get the food bags.

This upgrade is a great thing because so many more Israelis can be helped per month from their situation in poverty.